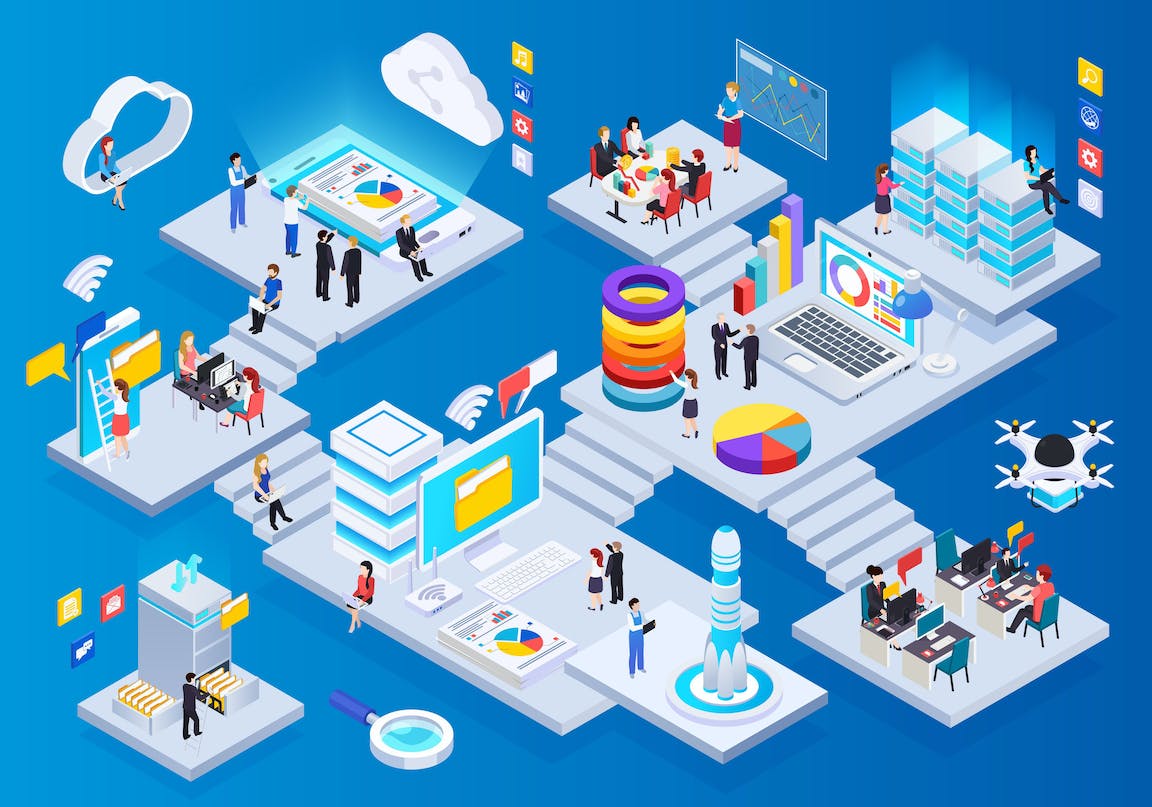 In our previous article, we were interested in the notion of smart contracts and their concrete applications. Today, we will push the thinking a bit further and interest ourselves in the different uses and services that could result from the usage of blockchain technology.

First, let’s talk about property rights. One of the applications of the use of Blockchain in this area is the possibility to save the fingerprint of documents certifying a specific transaction. Look out, we do not save here the document itself, because the latter would be visible to everyone in the blockchain, but only the information that a transaction was done between two parts and that a document exists to warrant it. Therefore, even if, as an example, the government would try to expropriate someone under the pretext of a mysterious « vanishing » of said document, it will always and indelibly be possible to demonstrate that the said document existed. Notaries and patent filing organizations are already delighted with these new tools. The preceding example does not come out from anywhere: in Ghana, for example, 90% of the rural lands are still not registered in an official national register, and the cadastre being deficient, this structural problem prevents the good economic development of the country. Because of this juridic insecurity, nobody dares to invest in the lands, with the primary fear that someone, with the government in mind, comes to reclaim the land leaning on nothing: therefore the farmers limit themselves to self-subsistence crops.

So the NGO Bitland is trying to register the title deeds on the Blockchain in order to create an efficient digital cadastre, because a traditional cadastre would be far too expensive in terms of infrastructure, particularly because of the web of notaries that would have to be set in place.

Another example of property traceability: the WHO estimates to 700 000 the amount of death due to counterfeit drugs (about 10 to 30% of drugs provided to developing countries). The Blockchain could serve as a distributed register and could then allow the different pharmaceutical companies, regulators and even people to use a unique database without any proprietary institution in order to guarantee the traceability of the drugs.

The property becomes then a guarantee for everyone's eyes if registered in the Blockchain.

Another area of Blockchain application could be the improvement of supply chains, that connect a few amounts of actors: the manufacturer, the suppliers, the carriers, the financier, the distributors, the retailers, etc. Those chains are very complex and undergo many issues: the number of intermediaries is too high, the excessive paperwork, the frauds, etc. Today, those different actors work in silos and use their own databases. The idea here would be to connect them all through a Blockchain that asserts the liberty of information: that cannot be altered, each actor can then observe in real time where the other is. This would be about a private Blockchain, requiring authorization to access it.

We can see here an oxymoron with the term “Private Blockchain”: Blockchain willingness is complete transparency, isn’t it? It would admit that all the information in the world should be made public, we promptly see then the issues that could be generated. A private Blockchain should be compared to an internet constraint to some specific users while guaranteeing the benefits of greater transparency, quickness and better governance.

The supply chain domain would be massively impacted by the Blockchain, the WTO acknowledges moreover that the latter could be a far greater disrupter of sea transport and international trade since the container invention in 1950. Let’s take the example of the maritime transportation corporation Maersk, one of the largest shipowners, which launched TradeLens, a shared infrastructure that includes today hundred of different actors and that already allows a better flow of information in order to reduce lead and waiting times.

Transparency of the information should ultimately lead to a healthier globalized market.

The cryptocurrency VeChain is, without a doubt, the most specialized in that field. This company was founded by Sunny Lu, a former Louis Vuitton China responsible and living in Singapour, allows digitizing assets in order to ensure their traceability and therefore to guarantee their authenticity. This traceability is carried out via a labelling system which gives a unique identity to each product exchanged, which allows the users to scan the product through their Smartphones and to know then all their details (place and date of fabrication, composition, etc.). Very useful for the luxe industry and its counterfeit issues, but also for the food industry and for the spare parts which, if subject to counterfeiting, can prove to be a real threat for motorists, for example.

The Blockchain allows us to doubt the very way of organizing ourselves, which is a process that everyone always perceives as that: data retrieval, centralization and mapping, and finally redistribution. This hierarchical model is heavy and slow if we compare it to a model more fluid and transparent as decentralisation. Next time, we will interest ourselves in the main categories of cryptocurrencies and their uses.

For our next article, we will interest ourselves in the blockchain application with the “property” concept.