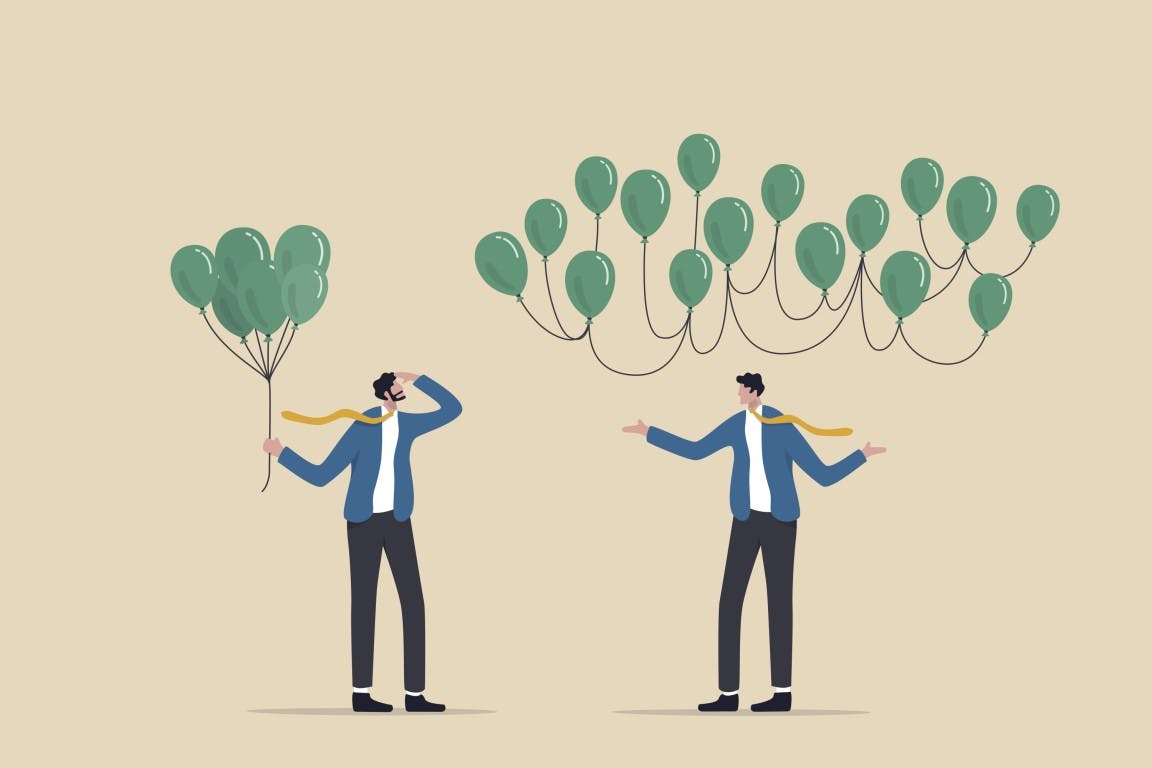 The main principle of decentralisation
Author:

The first principle to understand and grasp the challenges posed by NFTs, as well as for cryptocurrencies, are decentralised. This is the idea that separates the notion of electronic money, which has long been used by everyone, and a cryptocurrency. Today, our system essentially revolves around banks: when you buy a product in a shop, the price of the product is debited from your account, while the money goes to the account of the seller. The banks have an authoritative role, as they validate the payment, control the smooth running of the transaction, and keep a record of it. This system is centralised around the banks, as there is clearly a form of hierarchy: the banks that handle the transfer of money, and below them, the customers.

There have been real attempts to create a centralized electronic currency, the most famous being the failed experiment of e-gold, an electronic currency developed in the USA in 1996. E-gold was pegged to gold, which meant that the currency was fully backed by physical gold. In short, although physically the gold bars remained in the same place, safely stored in a bank vault, with each transaction using e-gold, the bars simply changed owners. By 2005, e-gold was second only to Paypal in web-based money transfer solutions, with 3.5 million users. However, the experiment was short-lived, as in April 2007 the company was accused of money laundering, among other crimes. The gold bars were seized, and the e-gold collapsed.

A decentralized envrionment does not organise itself hierarchically.

This little story demonstrates the difficulty of creating a virtual currency centralized around a single organizer. The first problem is how to trust it. How can we be sure that the company's managers are not simply leaving with the cash, or that they are not discreetly making extra currency units for themselves? The second problem is how to trust the country where the company that is supposed to manage the currency is based. A government or a judge can decide at any time, on a legitimate or illegitimate pretext, to interrupt the whole system, thus ruining all users.

This is where the Internet comes in. The Internet has opened a different way; the possibility to organize electronic currencies as a network, not as a hierarchy. Of course, it is possible for a network to be organized around a hierarchical system, for example by admitting the idea of a central node through which everything must pass before it can go elsewhere. This is the organization used by banks for their bank cards. But with the Internet, the system can also admit total decentralization, with information not necessarily having to pass through a central node, a central server, but rather from server to server, a concept is known as "peer to peer", abbreviated P2P. The question was quickly asked whether it was possible to create a currency based on this decentralized model and therefore without the need to go through a trusted third party to validate and record transactions, such as a bank.

In the physical world, this would be possible and even rather easy: all that would be needed is for a group of people to print unique notes that cannot be falsified, to destroy the machines and presses used to create these notes so that no one can ever reprint them again, and to distribute the notes among themselves. From then on, there is nothing to do, if one of them uses the banknote, he is simply no longer the owner, there is no need for a bank to control this process. This is how our banknotes work today, the only difference is that the banks did not destroy the presses, so they are still free to reprint notes.

Finance is organised around a central actor: the bank. This is not the case in a decentralized system.

However, on the Internet, the notions of "unique" and "unforgeable" are meaningless: duplication is an essential part of the very substance of digital technology. A very simple example: if you send a photo to someone by e-mail, you still have it on your computer. You have sent a copy of the photo, not the photo as a virtual entity. So how can we make a digital currency circulate on the net that would be unfalsifiable? In order to understand the basic principle behind the decentralization of cryptocurrencies, let's do a thought experiment: let's take a hundred people in a room, and let's say we decide to use simple white sheets of paper as currency, which anyone can find in a shop, and therefore duplicate.

No one would take this seriously, simply because this "currency" is too easily counterfeited. But let’s suppose now everyone signs the sheets of paper he or she owns, and every time I use a sheet and therefore exchange my "money", the new owner in turn signs it. If I receive a sheet of paper without a signature, I know that it is a fake. For this principle to work, it must be assumed that signatures are forgery-proof, which is the case with cryptocurrencies, but we will discuss this in a future article.

However, a simple signature is not enough, since a small group of people could easily buy blank sheets of paper in the market, affix their signatures, and exchange them among themselves to increase the number of signatures and thus the credibility of the authenticity of the sheet of paper, the "currency", and then put it back into the system to make it circulate. To avoid this, a second element is essential: the information on the circulation of the sheets, the "money", must be public. In our example, it would be displayed on a large board in the centre of the room. When I receive a sheet, I write my signature on it, but I also indicate on the board that I have received this sheet. This way I can see the list of signatures at any time and compare it with the signatures on my sheet because if I am offered a sheet with signatures that I cannot find on the board, I know for sure that it is fake money.

This is basically how cryptocurrencies work without central control: it is the participants who act as the gatekeepers, as they are the ones who regularly check the whole system for proper functioning. The "signatures" are account numbers, and the "table" is the database of all transactions, accessible and shared by all users. This is what we call the blockchain, and it will be the subject of the next article on this blog.