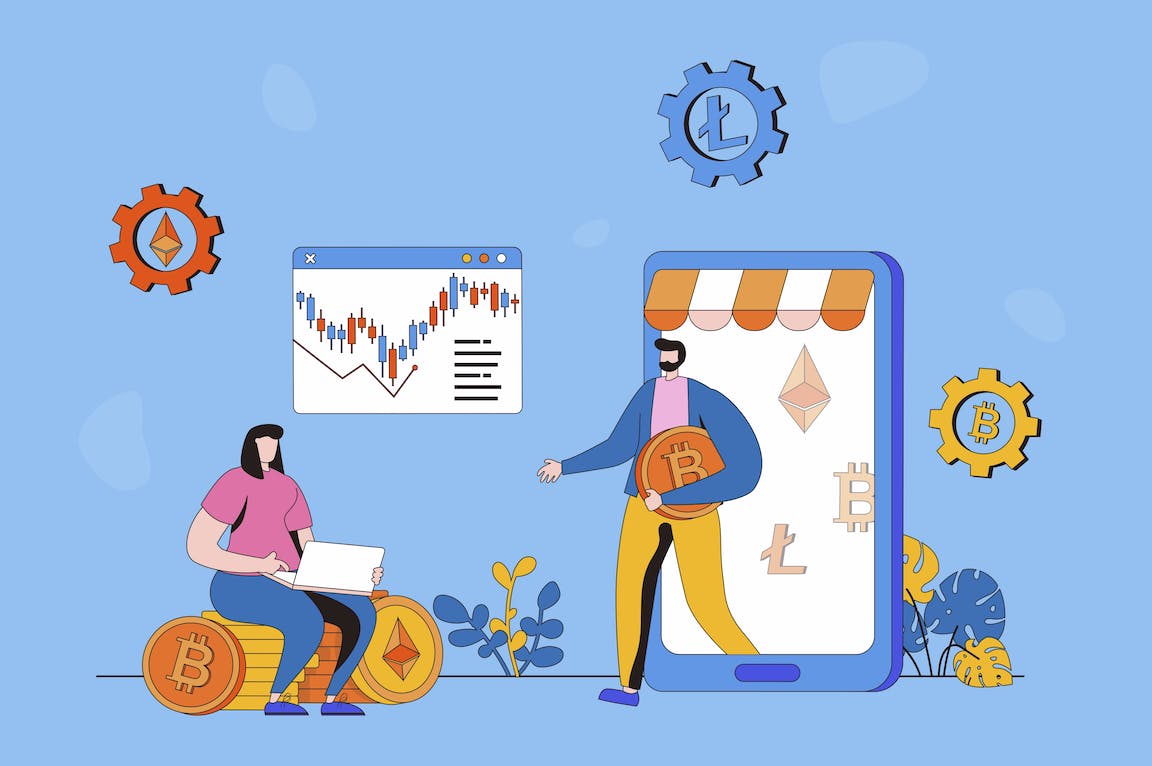 “ According to CoinGeko.com, there are more than ten thousand different cryptocurrencies.”
Author:

In our last article, we interested ourselves in the concrete application that Blockchain technologies could offer. We also evoked VeChain, a cryptocurrency notably used for asset traceability. Today, we are going to take the thought further, by looking at the different exciting cryptocurrencies on the market.

The first thing to note to explain the glut of freely circulating cryptocurrencies in the market is that they are, in essence, especially quite easy to create. It must not be forgotten that the concept of transparency is particularly precious for their creators, the cryptocurrencies belong to the open-source world: no need for specific authorisation, whoever can copy-past a code, modify two or three details and launch it.

The biggest difficulty remains to finally convince the minors to work for one cryptocurrency, in particular, more than another. In that domain, the Bitcoin knew how to impose itself, and by far: its status regarding other cryptocurrencies has given birth to the term of Bitcoin dominance.

This term designs the crypto market share that Bitcoin monopolizes, a proportion which, at the time of writing these lines, remains around 40%, even if it was not so long ago, was hovering around 75%. This decrease is without any doubt due to the different current crises (post health - war in Ukraine - energy and economic crisis.)

After Bitcoin's success, a certain amount of new projects have emerged, the oldest one being the Litecoin (LTC), created in 2011, i.e. two years after Bitcoin. If this cryptocurrency had its heyday, the latter is long gone, because it doesn’t bring new things: used mostly in transactions, it is much less than Bitcoin and therefore has lost its place as number two for a long time.

Still and despite everything, Bitcoin remains the number 1 cryptocurrency on the markets.

This second place, it’s Ethereum took it hands down, and smarter than many: unlikely the Bitcoin, which started like numerical money in 2009 before realizing the interests of Blockchain, Ethereum did exactly the opposite: in 2015, it started by offering the first time, not a currency which will come only later, but a Blockchain easier to program and offering more functions than the most of the other Blockchains used by other cryptocurrencies, hence its interest. The Ethereum Blockchain was created to be the root of the future autonomous and decentralized cyber companies, as it requires little maintenance and labour. The biggest difference with Bitcoin is however this one: Ethereum contradicts the very principle of decentralisation.

Why? Because of the following incident: in Mai 2016, a decentralized autonomous organization named « TheDAO » is set up with the aim of financing various projects. 15% of the current ether in circulation subscribed to it, or 160 million US dollars at the time. But damn! Now a hacker manages to embezzle a third of the sum! There it’s that a hacker manages to embezzle a third of the amount! The community then asks herself the question: should we “turn back” the Blockchain behind to cancel the transaction, in order to cancel the theft and retrieve the whole thieved ethers, or should we do nothing and let this money disappears in nature? Behind your screen, you probably think that the answer is obvious: if there is a way to cancel the theft, we should take it, isn’t it? The issue is that it admits that in an emergency, an authority, here the founding team of Ethereum, can cancel a particular transaction, who says that said team will not do it one day for another reason? It establishes so de facto a boss, someone responsible for the good course of the market, thus similar to... a bank, the ultimate sacrilege for a community based on horizontality. But the decision was taken to come back, 85% of the minors were recruited to erase this theft. This event created important fission, and the 15% remaining miners tossed another cryptocurrency into their corner, which they ironically called “classic ether” (ETC).

Let’s mention a few other important cryptocurrencies in bulk before concluding: For a long time third and even sometimes second, Ripple (XRP) now ranks 6th, respectable when we know that that it is intended only for banks, specializing in transfers and cross-border payments. Its recent fall can be explained by the fact that the founders hold an important part of the XRP and that they keep emitting them on the market, weighing on its price. Another explanation is the fact that the U.S. Securities and Exchange Commission, the SEC, investigated and condemned Ripple, which naturally lowered its price.

Another interesting cryptocurrency to cite is Cardano (ADA), currently ranked 8th and is often considered as the “Japanese Ethereum”. Japan seeks its place on the market, and Cardano has the particularity of focusing on the mathematical accuracy of its code, regularly carrying out very strict checks in order to avoid programming weaknesses. Following this logic, Cardano differentiates the decentralized applications (DApps) and the smart contracts using its Blockchain and payments. For example, a DApp whose mission is payment management will never take care, on this Blockchain, of money transfers: there will always be a sidechain, a filter in brief, between the two operations, to avoid the possibility of hackers stealing money. Cardano allows also different Blockchains to communicate, which becomes a decisive advantage in a market where the amount of Blockchain is booming.

In the next article, we will focus especially on a very specific category of cryptocurrency: stablecoins.